Scorri per la versione in italiano

What is queer coding?

With queer coding, we intend the hint at a character in the media as queer, so non-eterosexual, when the character’s sexuality isn’t specified or known.

A character might be coded as queer through the adhibition of traits and stereotypes typically queer, recognizable to the audience.

The idea of non-explicit queer coding likely comes from the strict regulations of how queer characters could be portrayed in the early days of film-making.

A striking example of this method can be seen in the cinematic world nowadays, even when there are fewer reasons for these characters features’ to be hidden.

Just think about the movie “Luca” that came out a year ago:

people thought of it as a metaphor for young transexual or homosexual individuals experiences.

Out of the many reasons this happened, the main was that in the movie, the main characters hide their true identities as sea monsters, transforming into humans; by the end, they reveal their identity, and everybody accepts it.

The audience saw this story as an allegory of young transexual kids who try to hide their true self but end up coming out.

A big part of the audience thought this storyline had a hidden meaning, but Disney denied all the claims, stating that the characters were too young to know such things.

Queer coding, though, isn’t only used in movies and tv shows, it can be a way for closeted celebrities to express themselves without having to come out.

Being in the closet is an informal expression to imply that a person has not come out to the world, so, essentially, when someone hasn’t spoken about their sexuality.

This term is often used exclusively for members of the LGBTQ+ community since, usually, straight people do not need to come out for people to know and assume that they are.

For instance, one of the artists whose songs were interpreted by the fans as a form of queer coding is Louis Tomlinson.

The best-known song out of those is “Only the brave” in which the singer wrote the most explicit lines, which are the following.

“It’s a church of burnt romances,

and I’m too far gone to pray”

Fans, or so-called Louies, interpreted this verse as a metaphor of queer history, when suspected homosexual individuals were burned at the stake, just like women who were identified as witches, usually by order of the Church community.

Queerbaiting is a technique used a lot in the social world to gain more followers and viewers; we talk about it when a public figure pretends to be a part of the LGBTQIA+ community without actually being in it, in this way they draw more audience, especially queer people. Their intention isn’t to talk about queerness, its only an advertising technique and it has a negative impact, queerbaiting continues to take space from queer creators and causes a lot of harm to the queer community.

For example, some years ago J.K. Rowling talked about the romantic relationship between Dubledore and Grindelwald in an interview: “Their relationship was incredibly intense. It was passionate, and it was a love relationship, but as happens in any relationship, gay or straight or whatever label we want to put on it, one never knows really what the other person is feeling. You can’t know, you can believe you know. So I’m less interested in the sexual side, though I believe there is a sexual dimension to this relationship, than I am in the sense of the emotions they felt for each other, which ultimately is the most fascinating thing about all human relationship.” As we all know though, this relationship never appears in the films or in the books. This might make us think that maybe J.K.Rowling talked about their love exclusively in interviews only to draw queer pubblic attention to her books.

Unfortunately queerbaiting is also used by celebrities to gain popularity, one of them is Billie Eilish, who released the video of “Lost cause”, her new single of the album “Happier than ever”. The video is a sapphic dream, featuring Billie having time with a group of girlfriends at a mansion slumber party. In the video Billie and some other girls are dancing on top of each other, and the fact that she never talked about her sexuality before made some people accuse her of queerbaiting. After that she posted on her instagram some on-set images with the caption “I love girls”, readers took this as a public coming out, therefore as a response for those accusations.

“Or my sexuality!” she tells Elle. “Like, oh yeah, that’s everyone else’s business, right? No. Where’s that energy with men?”

“I just wanted to make a song once, and then I kept making songs. I never said, ‘Hey, pay attention to my life”

A famous example of queerbaiting is represented by the two lead characters in BBC’s Sherlock: Holmes and Watson (aka Johnlock, their ship name).

The most explicit situation of queerbaiting within the show happens in the first episode, when they are mistaken for a couple both from the landlady, Mrs Hudson, and the owner of the restaurant. This misconception about the pair is treated as a laughable joke, while implying that it would be absurd for the two of them to be in a homosexual relationship.

The misunderstanding is even brought to the point where, after Holmes says that he doesn’t have a girlfriend, Watson asks him if he has a boyfriend instead.

It would have been a scene to set the example that it’s normal to have same-sex relationships, if the matter hadn’t been treated as an opportunity to create a joke.

Moreover, the two characters meet in a very typical manner for a rom-com: John has just moved into London, a big and chaotic city, after years of reclusion and uncivilisation (during which he was serving as a military doctor in Afghanistan). He’s scared and alone, until, with an exceptional stroke of luck, he meets Sherlock, a mysterious detective who offers him to get an apartment together.

However, a romantic involvement between the two characters has been repeatedly denied by Moffat (one of the writers of the show). Even Mark Gatiss (who was part of the writers team and also had a part as Sherlock’s older brother Mycroft), a gay man and an advocate for queer rapresentation in media, hasen’t tried to end the armful queerbaiting in the series.

Considering the 1970s adaptation The Private Life of Sherlock Holmes by Wilder, in which there were various hints about the two detectives being an actual couple, the BBC show could have finished what had been started by Wilder. In fact the director had to hide the queer aspect of the lead characters to prevent political dissent, as in the 70s it was still highly unusual and controversial to depict gay characters on the big screen.

The show’s villains are instead heavily queercoded: for example Moriarty, whose first interaction with Holmes has very prominent homosexual undertones. Every exchange between him and the main character looks more like a dangerous flirt, which ends up ridiculing the villain.

In conclusion, queerbaiting (and sometimes also queercoding) ends up damaging the LGBTQIA+ community. With this phenomenon, mediatic products appear progressive and inclusive, appealing to younger and more open-minded consumers, while also having the deniability of portraying queer characters, as to not lose their heterosexual audience.

“It’s a church of burnt romances,

and I’m too far gone to pray” 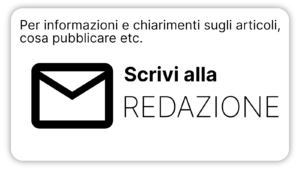 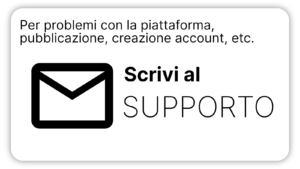